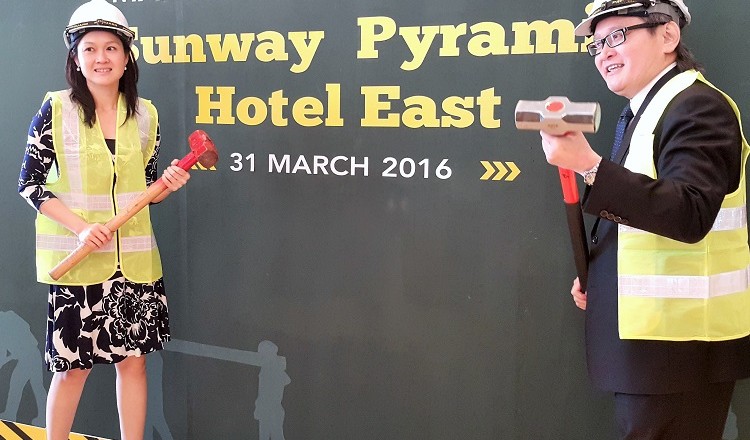 Sunway Hotels & Resorts announced the full closure of Sunway Pyramid Hotel East (formerly known as Pyramid Tower Hotel) at the Hotel’s “Hard Hat Zone” event recently. It was an exciting event as invited guests and members of the media was given a change to partake in the initial demolition of the site to make way for a complete makeover of the 4-star Hotel in Sunway Resort City. 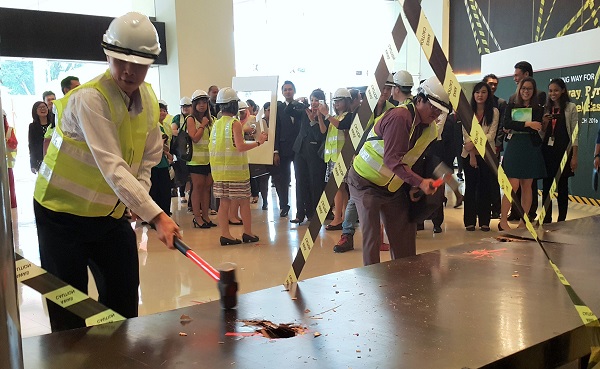 This is in line with the Sunway Group’s redevelopment plans for the hospitality division and the hotel is set to re-open in the first quarter of 2017. The 10-month full closure of Sunway Pyramid Hotel East to facilitate a RM125 million major refurbishment to elevate the hotel from a superior to deluxe category 4-star international-class hotel. It will also see the increase of the hotel’s room inventory to 564 rooms and incorporating 22 new family rooms and suites. The idea to incorporate spacious and comfortable family rooms that can fit up to 6 persons; is to cater to the growing demands of large family and leisure travellers coming into Malaysia.

Designed by Sunway Design Sdn. Bhd. the renovation will include a transformation of the hotel’s driveway, main lobby, F&B kiosk and lots more. Expect vibrant colours to take precedent over the current design inclusive of enhanced facilities and technology upgrades.

Sunway Group is also pleased to announced an investment of RM875 million to facilitate a three-year development and expansion plans, of which RM520 million for new investment assets and RM345 million for refurbishment and expansion of existing hospitality assets in Malaysia, Cambodia and Vietnam; commencing 2016, with completion targeted for the second quarter of 2018.

The 3-year redevelopment and expansion plans commenced with the recent opening of Sunway Pyramid Hotel West that includes retail space and Sunway Velocity Hotel in Kuala Lumpur East, slated for opening in the third quarter of 2017. Both projects cost an estimated RM530 million to complete.