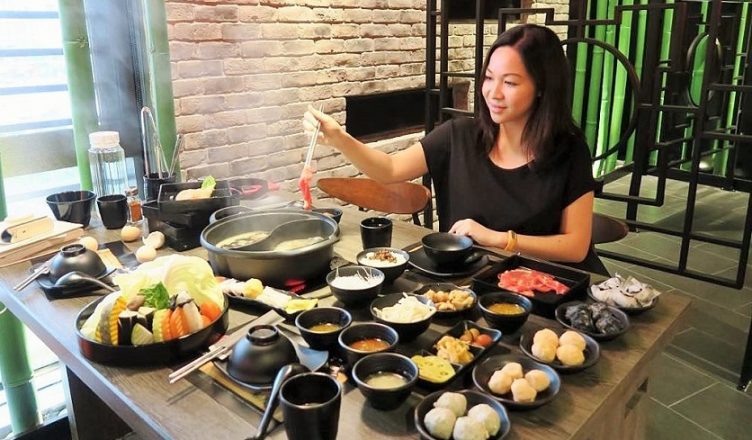 Chun Ciou Hot Pot Malaysia is named after the spring and autumn season. The restaurant is a 2-storey high building fully air-conditioned with a build in lift as well. I loved the modern classic look of its interior featuring a Chinese touch with elements of antique windows, bamboo walls, terra-cotta army replicas to name a few. For those looking for a quiet meal, there’s private rooms available as well. The restaurant certainly radiates with modern luxury and elegance and yet still put patrons at ease. 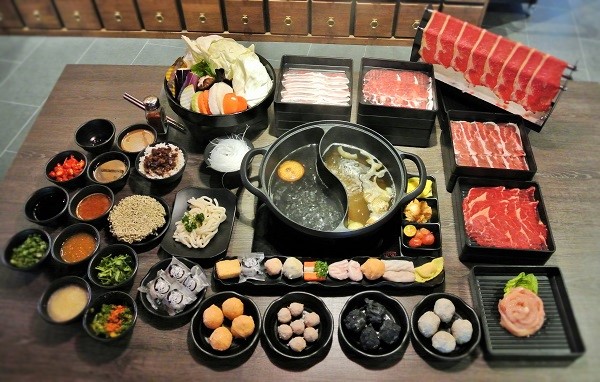 The Sukiyaki Soup is slightly sweet and is meant for quick dips and sukiyaki. Put some vegetables into this soup and let it boil. The vegetables will absorb the sweet tasty soup which makes me yearn for more. As for the Lakesalt Soup, it’s pretty tasty with a hint of saltiness. It’s just perfect to boil all those fine ingredients to bring out the original taste. 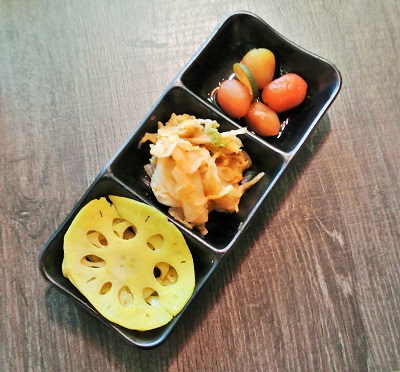 While waiting for out food to be ready, we tried some of the appetizers available such as Mango Lotus Root, Golden Kimchi and Sour Plum Cherry Tomato.  I doubt you’ll be able to find such tantalizing appetizers in other restaurants, for it’s their own homemade recipe from Taiwan. 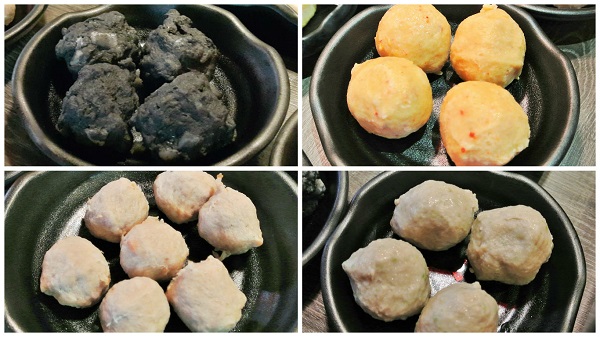 Another specialty here is the Mua Chee Ball filled with oozing black sesame inside. Why is it unique? In Taiwan, it’s their culture to boil the frozen mua chee by themselves, thus the owners decided to introduce this concept in Malaysia. Seeing the response of our friends and other patrons, it was definitely successful. Again, we were surprised for Chun Ciou Hot Pot also has a customized signature dipping sauce known as the golden egg yolk suki yaki. Just follow the below 4 easy steps (psst…you can also make this at home :D)

Put all the ingredients into a bowl, mix it together and it’s ready to dip. This sauce comes highly recommended as it enhance the texture and juiciness of the freshly cooked meat. Plus factor, it also helps to tone down the hot pot heat as well. I simply love it! 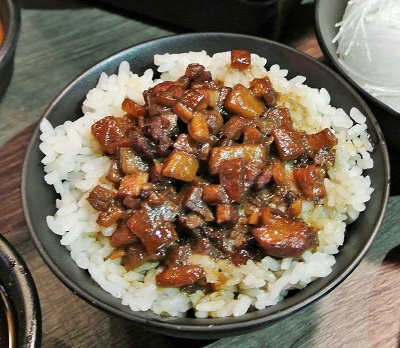 There’s also a variety of side dishes offer at Chun Ciou Hot Pot such as udon noodles, dong fen, spinach noodles, beancurd skin, abalone mushroom, golden mushroom and many more. One thing you MUST order is the yummylicious braised pork rice as the taste is superb! 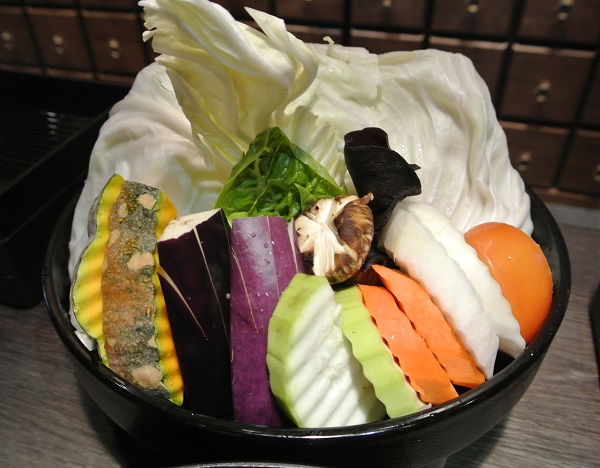 Last but not least, there’s dessert available and I was spoilt for choice. It was tough to select from the list given such as red bean soup, ice cream and sweet lemon slice. There’s a surprise for patrons, if you see a waiter in ‘Ancient Imperial’ apparel, you’re in for luck as he will be serving you some extra goodies from the buffet list such as bird nest and other premium items 😀 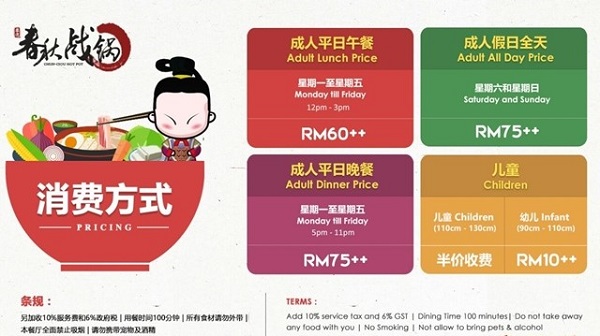 I had so many free refills of the imported meats and balls that day. Not to mentioned other steamboat ingredients as well. By the way, did I mentioned at Chun Ciou Hot Pot, you’re served at the table? In other words, its butler service where their friendly waiter or waitress will come and assist you to refill. This is great as it ensure there’s no food wastage.  Got to say Chun Ciou Hot Pot certainly lives up to its name!

To make it easy for you to locate the restaurant, here’s the location. Alternatively, you can use Waze by keying in Chun Ciou Hot Pot as well. For more information, please visit  Chun Ciou Hot Pot Malaysia Facebook Page