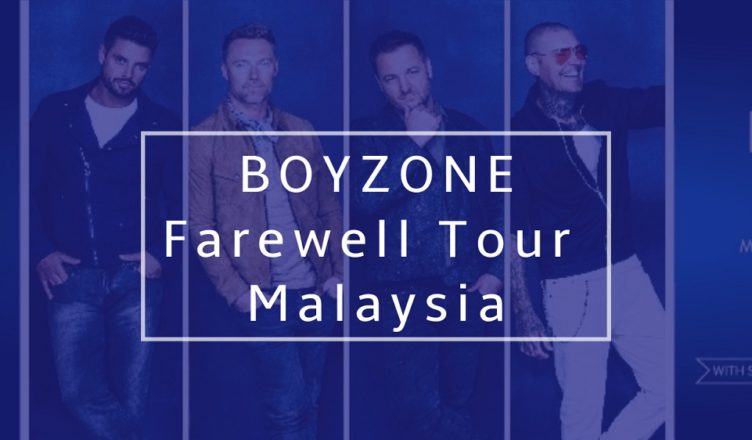 Gosh! One of my favorite boybands is making a trip to Malaysia and its none other than BOYZONE! I still remember singing aloud and dancing to their songs during my “teen years”!! Some of their hit chart topping songs that I loved includes “No Matter What”, “Everyday I love you”, “Picture of you” and many more. McFadden who started his singing career as member of Westlife, which was formed in 1998 and released the debut studio album “Westlife” in 1999. He left Westlife in 2004 to begin his solo career and released the single “Real to Me,” a track in his debut solo album “Irish Son.”

In 2016, McFadden and Boyzone’s Keith Duffy formed the group Boyzlife and toured the world, performing their bands’ hits. Boyzone’s Duffy, Michael Graham, Ronan Keating and Shane Lynch will be performing some of their greatest hits including “When You Say Nothing At All,” “No Matter What” and “Love Me For A Reason.”

Boyzone has enjoyed success throughout their career.  They’ve played in stadiums and arenas all over the world, released six albums, and had almost two-dozen hits. This is all thanks to fans who have supported them along the way. I bet till now they still command a lot of attention when appear on TV shows.

If you would like to purchase tickets to Boyzone “Thank you and Goodnight Farewell” Tour, head to https://airasiaredtix.com/boyzone2019 . I just can’t wait to attend their concert and sing till my heart is content!