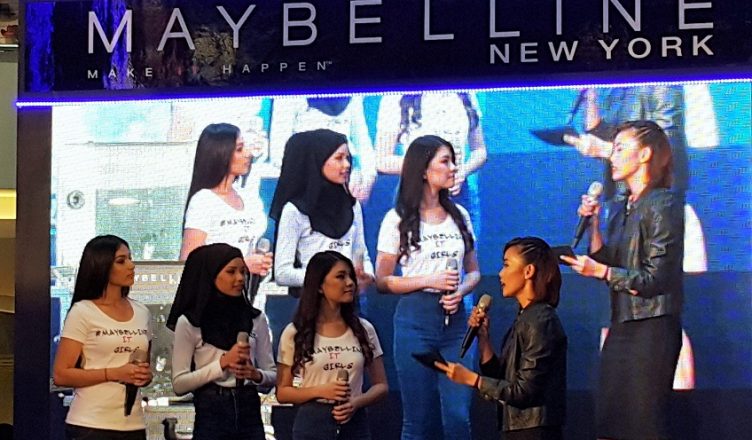 Growing up reading glossy fashion magazines and playing with makeup to recreate those beautiful sculpted looks, Maybelline products always comes top of my mind. I still remember the unforgettable TVC ads that always ends ‘Maybe she’s born with it, maybe it’s Maybelline’ and that tune was etched forever in my thoughts.

Recently, Malaysia’s No.1 make up brand Maybelline launched a new tagline – ‘Make It Happen’ the new inspiration from Maybelline New York; calling out young Malaysian women to go after her dreams without doubts and fear and instead with confidence, positivity and creativity that comes with the use of makeup.

At the new tagline launch, Pink Fong, Marketing Manager of Maybelline New York Malaysia, explained the rationale behind the brand new slogan. ‘The new tagline Make It Happen reflects the way we live, think and act today especially the millennials. We are now asking women to define her own beauty in her own terms, with a go-getter spirit that transcends beauty to an action to make whatever matters to her happen. The ‘IT’ in Make It Happen is a very powerful word that has lived with Maybelline for decades. Essentially this expresses how Maybelline New York empowers women today to define her beauty, live her life and make it happen.’

Maybelline New York also highlighted a group of women who embodies the spirit of Make it Happen in the pursuit of their life dreams. However, it’s noted that self-doubt is often a stumbling block in their success. Fong mentioned, in Maybelline’s research it is found that what matters to Malaysian girls today revolves around their family, career or success, lifestyle and physical appearance. While Malaysian girls know clearly these are what they want in life, fear of failure and being judged unfavourable more often cloud their decisions making process and created self-doubt in their mind,” added Fong.

Makeup, according to her, is a huge confidence-booster and enabler that will dispel one of the biggest barriers to pursuing dreams- self-doubt. Maybelline wants to empower these young ladies to value their dreams and see each day as a new possibility to ‘Make It Happen’ with the transformative power of make-up. It helps to boost a girl’s confidence, express her creativity, solving problems and showing her beauty and herself in a more positive light, Fong concluded.

Maybelline’s ‘IT’ Girls consisting of Malaysia’s only contestant at Asia’s Nest Top Model 2016, Nuraini Mohd Noor (a.k.a. Tuti), actress Nur Elisya Mohd Faisal, beauty and lifestyle vlogger Wong Jie Xhia and freelance model Noorzamrina Hj Zamrin was also there to shared how make-up helped transform their lives and gave them courage, positivity and confidence to go after their dreams.

Apart from sharing their inspirational stories, the girls took center stage when they were transformed with Maybelline makeup such as Rosy Matte Lipstick, Magnum Barbie Mascara, Hypersharp Powerblack Liquid Liner under the deft hand of makeup artist StevenSunny.  Strutting with them were Angie Tan and Adillah, Singapore’s and Indonesia’s finalists of Asia Next Top Model 4. 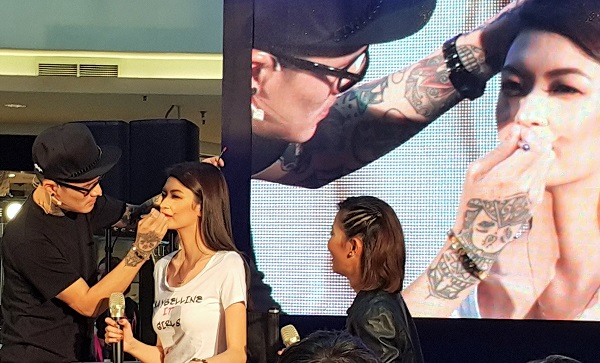 Maybelline hopes the ‘Make It Happen’ message will reach Malaysian Girls from all walks of life to inspire them to make their mark in the world and conquer all odds. The event launch was made possible with retail partner Guardian and official fashion partner Zalora. Find out more about the power of transformation at www.facebook.com/MaybellineMalaysia and hashtag the look you like or carry #MaybellineITGirls !