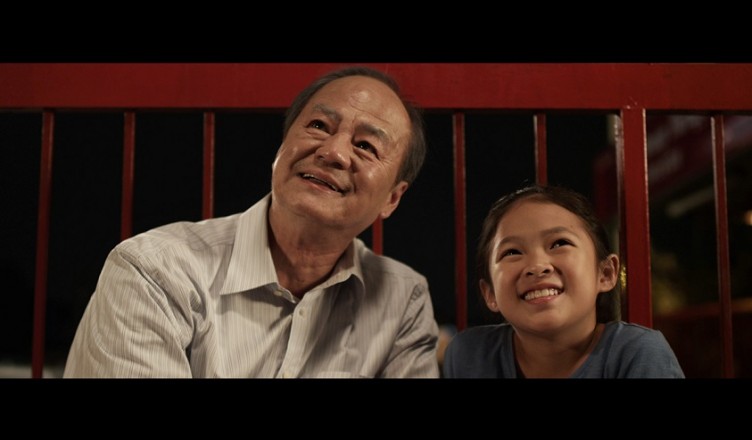 Recently, I caught the trailer of The Kid From The Big Apple playing in the cinema and immediately I thought to myself ‘Now, this is a movie well worth watching’!.  Read more to find out why but before that, here’s a sneak peek of the trailer to entice you:

The movie plot focuses on Sarah, a 12 year old girl who lives and is raised in New York. Due to work commitment, her mother (Sophia) sent her to Malaysia to stay with her conservative grandfather. She also learns that cultural tradition is the reason why her grandfather and her mother, Sophia, have not seen each other since she was born. Will she be able to adapt to the vast culture difference between the west and east? How will she be able to rebuild the broken relationship between her mother and grandfather?

Before I start gushing about this movie, here are some well-known facts that speaks highly of the film. 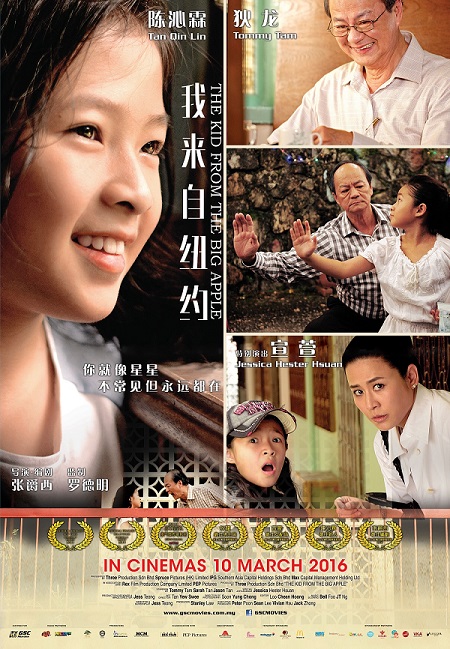 Won 4 acclaimed awards at the 7th Macau International Movie Festival beating stronger contenders such as Wilson Yip’s Ip Man 3 and Dante Lam’s To The Fore. The awards include best writing, best actor, best supporting actor and for the best newcomers.

Unbeknown to most, the film is fully shot in Malaysia and showcases terrific cinematography skills.

The Kid From The Big Apple will be send to join more international awards such as Golden Horse Awards and the Berlin Film Awards. Not to mentioned, the film is also recognised as an official finalist in the 2014 Hollywood screenplay contest and 2013 New York screenplay contest.

With such high accolades, this is one film that stands to make Malaysian proud. Kudos, to director Jess Teong who added an element of feminine touch to this film which makes it more memorable for the audiences. So, what’s my verdict of the movie? Definitely well worth watching.

Be prepared to laugh with the funny antics of the conservative grandfather and the liberal Sarah as they learnt to adapt and bond with one another.

Immersed yourself with the nostalgia of how things were back in the early 70’s (where there’s no gadgets and internet).

Learnt to respect the elderly and understand better of our deeply rooted Chinese culture.

Armed yourself with a pack of tissue as poignant ‘flashback’ scenes reveals the never-ending love of a father for his child.

I’ve definitely became a huge fan and planned to watch this movie with my family again. Don’t miss the opportunity to catch The Kid From The Big Apple  when its opens next week on 10th March 2016 at cinemas nationwide!