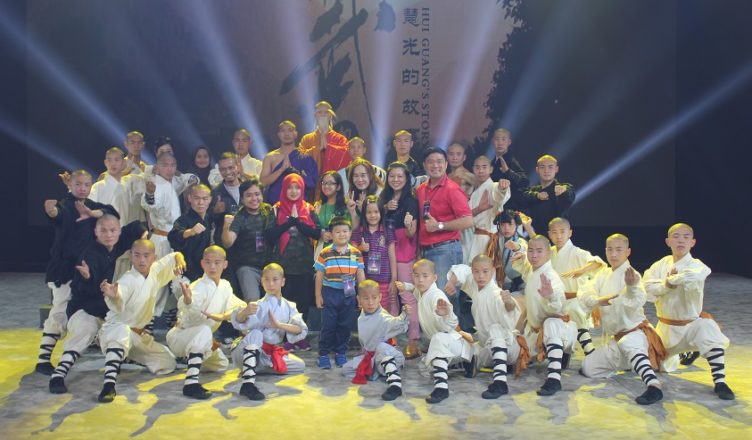 School holidays is around the corner! As usual we parents are on the hunt to look for activities to keep the kids entertained. With the weather being so hot, I can’t think of a better place than Genting Highlands. At Resorts World Genting, they’ve got plenty of activities line up. There are two activities which I was given the pleasure to explore first hand. Firstly, would be the Genting International Children’s Festival 2017 and next is Soul of Shaolin, a critically acclaimed theatrical event that showcases the magnificence of Shaolin kung fu warriors. 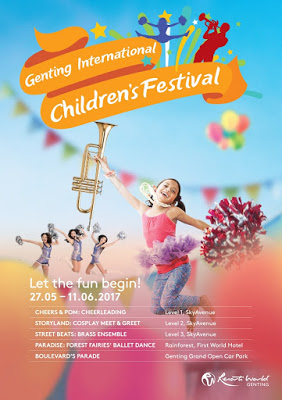 From 27 May – 11 June 2017, Resorts World Genting is proud to present Genting International Children’s Festival 2017 carries the tagline, “art, dance and music”. It’s set to be a visual feast where guests can enjoy soaking up the carnival like atmosphere. So what can you expect?

Taking place at SkyAvenue are namely “Cheers & Pom: Cheerleading,” to be held at Level 1 of the mall, “Storyland: Cosplay Meet & Greet” at Level 2, and “Street Beats: Brass Ensemble” at Level 3. Two other activities are “Paradise: Forest Fairies Ballet Dance,” to be held at First World Rainforest, and Boulevard’s Parade at Genting Grand Open Car Park.

I for one loved watching the handsprings, and tumbling and twisting skills of the cheerleaders during Cheers & Pom. They are simply graceful with their moves! 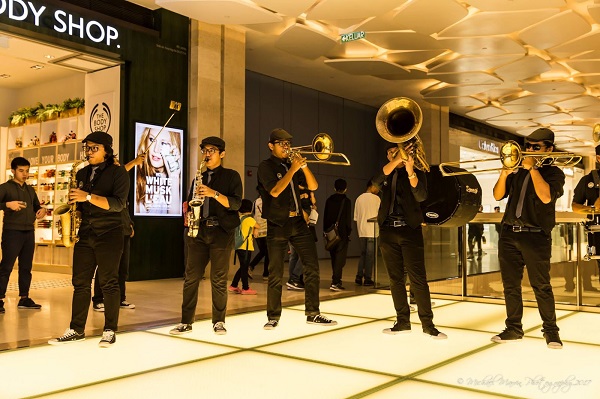 Another wonderful sight awaits at “Paradise: Forest Fairies Ballet Dance” where pretty ballerinas will whirl and twirl away as they entertain visitors in this land of make-believe. All of us definitely fell for the colourful dance skirts and tutus. 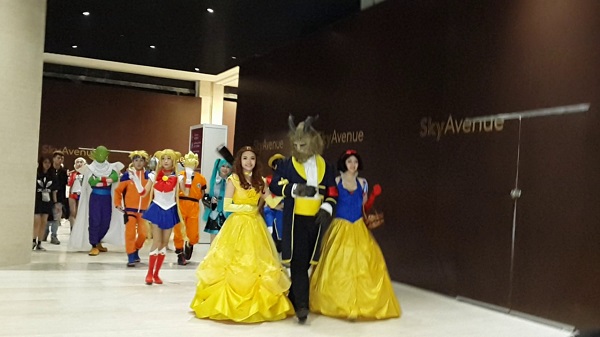 One of the fun activities held was “Storyland: Cosplay Meet & Greet” where cosplayers will have a field day dressing up as their favourite characters walking around the mall. Get to meet Sailor Moon, Belle from Beauty & The Beast, Snow White and many other characters too!

Last but not least, who can forget the performance of “Street Beats: Brass Ensemble” where street musicians played drums, trombones, and trumpets, among others. 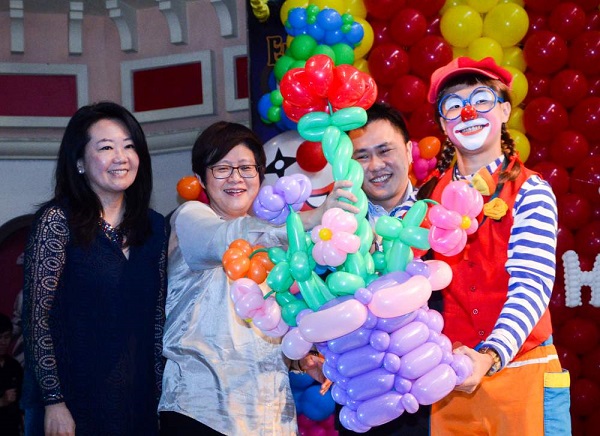 It was definitely a joy to to be in this carnival 😀 Next, up we’ve got the performance of Soul of Shaolin 😀 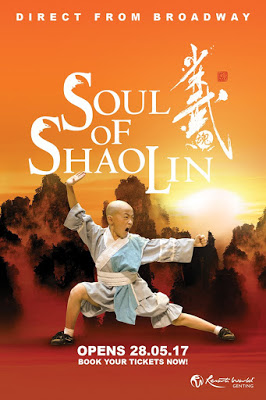 Shaolin kung fu is the oldest institutionalised styles of Chinese martial arts. Well known for its beauty and form of artistry, kung fu enthusiasts would be happy to know that this magnificent martial art form will be on full display at Resorts World Genting when the theatrical event, Soul of Shaolin: Hui Guang’s Story takes centre stage from 28 May to 26 June 2017.

This critically acclaimed show earned a nomination at the 63rd Tony Awards in 2009, it has held more than 500 performances worldwide in such countries as the US, Australia, Italy, Norway, India, Korea, Turkey, Macau, Hong Kong, and Turkey.  When it opened at Marquis Theater on Broadway in January 2009, all its seven performances were sold out—and Jan 15 was promptly proclaimed China on Broadway Day by New York City.

At Resorts World Genting, Soul of Shaolin: Hui Guang’s Story will be held at Genting International Showroom at 9pm or 4pm*, from 28 May to 26 June 2017. There will be two shows—at 4pm and 9pm—on 24 June. A total of 22 shows are scheduled, with each screening lasting 90 minutes (with 10 minutes intermission). 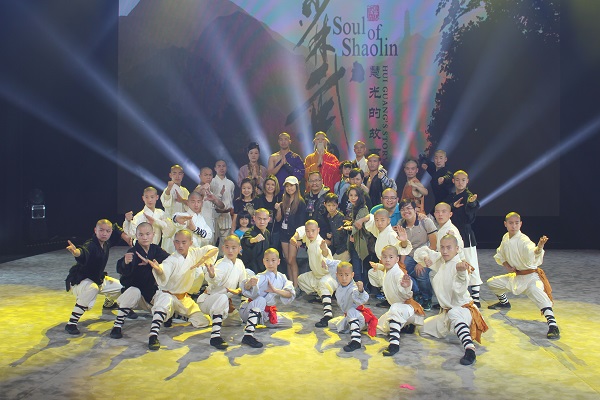 Billed as China’s key cultural export project by China’s Ministry of Culture, Ministry of Commerce, the State Administration of Radio, Film & Television, and the General Administration of Press and Publication, the event is deemed “the Best of China” and is brought to you by Asian Arts Connection. Have I managed to pique your interest yet?

Soul of Shaolin tells us the story of Hui Guang’s who lives the life of a Shaolin monk. Orphaned when he was young, Hui Guang was tutored  in martial arts by Na Luo and  Miao Xing, the abbot of Shaolin Temple.  One day,  they revealed truth to him, along with a piece of jade. Hui Guang in an act of defiance, got drunk and ends up provoking other monks. e is then punished by Miao Xing who places him in a cave known as Bodhidharma. As it turns out, Hui Guang learns about being a paragon of virtue—that it is the real soul of Shaolin. 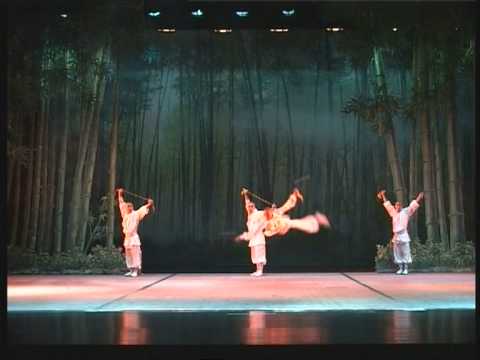 Later on, he met his long lost mother where they reconcile at the temple. They wanted to start life anew however the temple rules dictate that a monk that wishes to leave, must fight his way out. Guess who’s the final opponent? It’s none other than his mentor Na Luo —and the latter chooses to fake his disappearance in order to help Hui Guang.  It was a magnificent show, well played from the start till the end. Every action and move was extremely fluid. It got me enthralled and gripping my seats in excitement. Glad that the it has a good ending otherwise I might break out in tears. 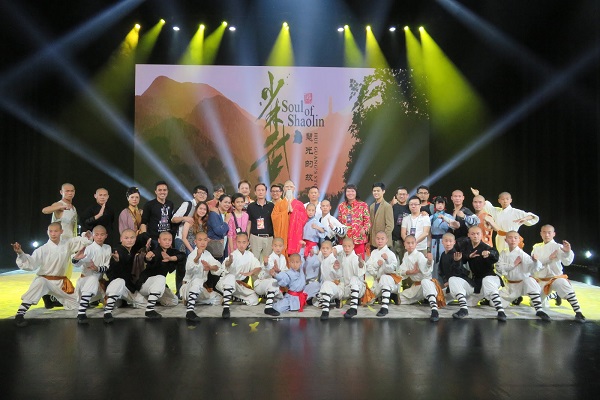 I’m sure by now you are excited to check out these wonderful activities at Resorts World Genting. Bring your kids there to have some fun this school holidays! For more information, call +603 2718 1118 or visit www.rwgenting.com