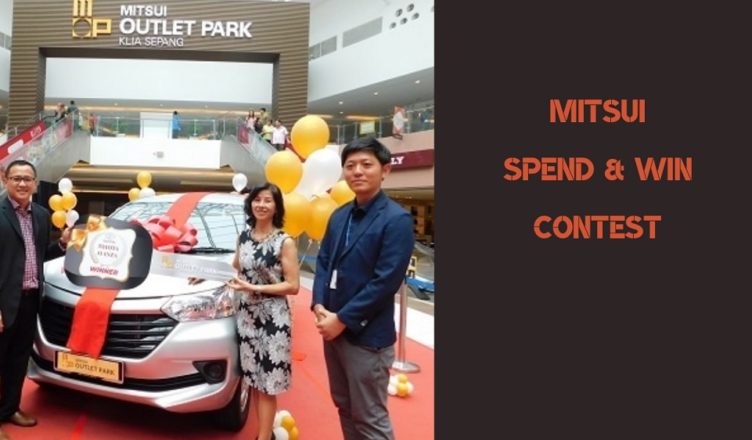 Mitsui Outlet Park KLIA Sepang (MOP KLIA), Japan’s branded factory outlet shopping mall recently hosted a prize giving ceremony for its grand prize winners to conclude its ‘Spend and Win a Car’ and ‘Catch & Win’ contests. The prize giving ceremony ended on a high note as it saw the grand prize winners for the ‘Spend & Win A Car’ contest driving away a brand-new Toyota Avanza while the winner of the ‘Catch & Win’ rode off with the Vespa.

The contests, which were held in conjunction with the festive seasons, encouraged shoppers to shop from a myriad of branded lifestyle stores including those in fashion and beauty, household products and food items with many attractive rewards and discounts offering up to 90%. Shoppers who spent a minimum amount of RM300 in a maximum of two receipts were eligible to participate in the contests. Among the many exciting prizes to be won include the grand prizes of a Toyota Avanza (Spend & Win A Car) and Vespa (Catch & Win). Additionally, there were over 10,000 prizes up for grabs for the ‘Catch and Win’ contest, which include iPhone XR, iPad, Smart TV, Gintell massage chairs and MOP KLIA Shopping Vouchers.

Speaking at the prize giving ceremony, Mr Frankie Lee expressed his gratitude to all customers for making the contests successful, particularly the ‘Spend & Win A Car’ Contest, which has attracted over 8,000 participants. He also hoped that future contests organised by MOP KLIA can excite and attract more visitors to visit the mall.

MOP KLIA is strategically located, just 8 minutes away from KLIA and approximately 45 minutes from KL City Centre. The outlet mall is easily accessible through the various highways namely ELITE, LDP, KESAS, MAJU and NKVE. Getting to MOP KLIA is also convenient via the KLIA Ekspres which departs from KL Sentral every 20 minutes to KLIA and klia2 and thereafter visitors can take the dedicated free shuttle bus that is offered to and fro KLIA and klia2.

For more information on upcoming offers, promotions and happenings at MOP KLIA, visit www.mitsuioutletparkklia.com.my or www.facebook.com/MOPKLIA.